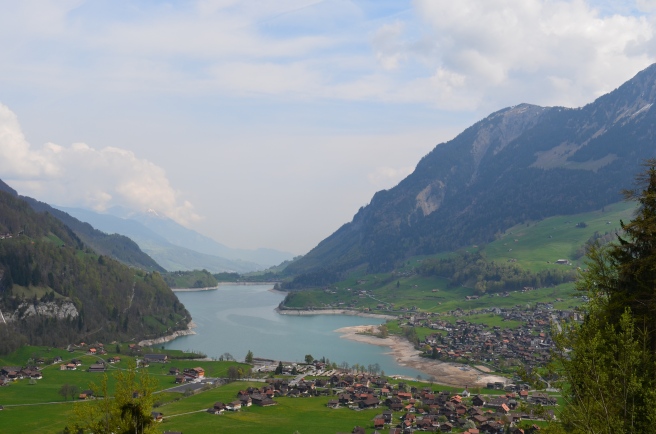 There are few countries that live up to their reputation. With stunning snow-capped mountain ranges that lead into lush, green valleys; efficient public transportation networks and, ancient historical cities that seamlessly merge past with present. This is Switzerland; it is just as beautiful, international – and expensive – as you would expect.

We spent a total of 10 days in this gorgeous country hiking the Bernese Oberland, watching guild parades in Zurich and walking the promenade of the ‘Swiss Rivera’ in Montreux. You can see our full itinerary as well as tips for making the most out of your Swiss holiday here.

Other than our normal excuse for traveling, I had a real work reason for going to Switzerland. As a part of my three year stint working for NATO at SHAPE, Belgium, I was invited to the Swiss Armed Forces School as a guest speaker. Located in Lucern, Switzerland, an absolutely stunning part of the country, it was an easy ‘yes’ to participate. 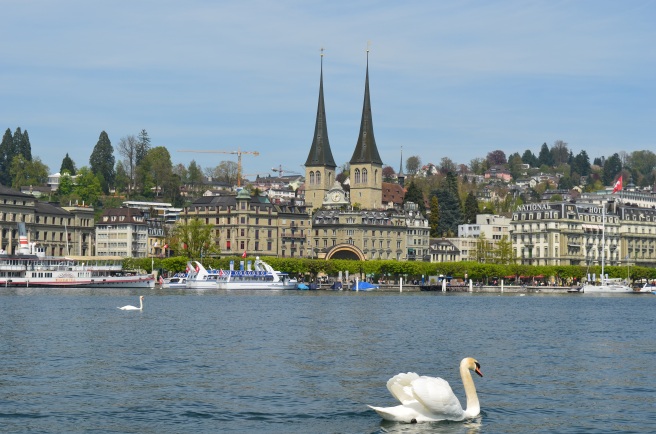 Only 26 NATO students are permitted to attend the NCO Advanced Leadership course which is held twice a year. Lasting for two weeks, the entire program is completely funded by the Swiss government. Not only do they provide, room board and a world class training program, they try to ensure that every NATO nation has at least 1 slot in each course. The college accomplished this goal in the spring of 2016’s class, which was made up of 25 different nations.

The foundation for the course is building teamwork between NATO countries while simultaneously instilling a sense of pride and empowerment in the enlisted ranks. This was one of the more interesting aspects I learned while working with NATO nations – the lack of empowerment, education and trust given to the enlisted force.

The backbone of the American military is truly built on the Non-Commissioned Officer Corps (NCO). The first leadership tier in the enlisted military structure, the US heavily invests in its ranks through education, leadership training and empowerment of its lower enlisted. This is not the case for 90% of the worlds militaries. Decisions are held up at the officer tier leaving lower ranks with less responsibility. This was often frustrating for my US service members who worked in NATO two or three ranks below what would normally be expected of them in the US. 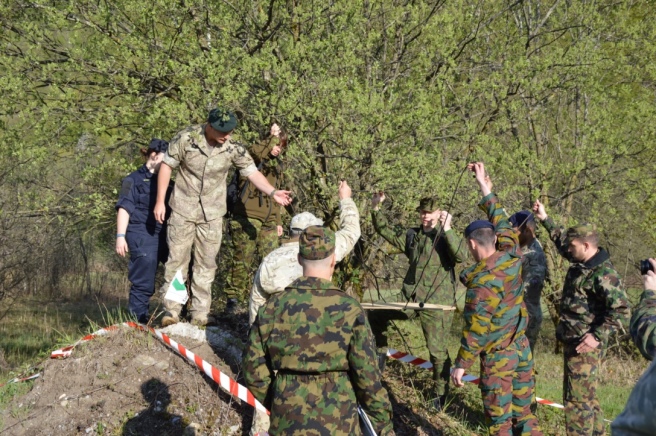 Picture: Team building course. Participants had to navigate the maze without speaking, on a time limit and had to stay within designated areas

In speaking with the students it was not the curriculum that they were most impressed with – or the free lodging, beer and food – but the cultural exchange they were able to have with the other students. This was of course the highlight of my experience as well. My First Sergeant and I were treated as honored guests and were invited to  break bread with enlisted leaders from Croatia, Canada, Switzerland, and Belgium. Their perspective on the course, NATO development and leadership were largely similar to my own, with one slight difference — I was the only female, the only officer and probably the only one under 30. So not only was I a women, but a young women that technically outranked the entire table.

In fact this was one of the reasons I was invited to speak on leadership along with my First Sergeant (Senior Enlisted Leader). I gave the officer side and he the enlisted side; we discussed how the two work together to create a perfect command team that takes care of the Airmen and ultimately, the mission. Although the message/speech went down fairly well, the school seemed less interested in the leadership message we brought, but what we represented to the rest of the crowd: a female commander (boss) and male First Sergeant (subordinate) that not only worked together, but worked well together. 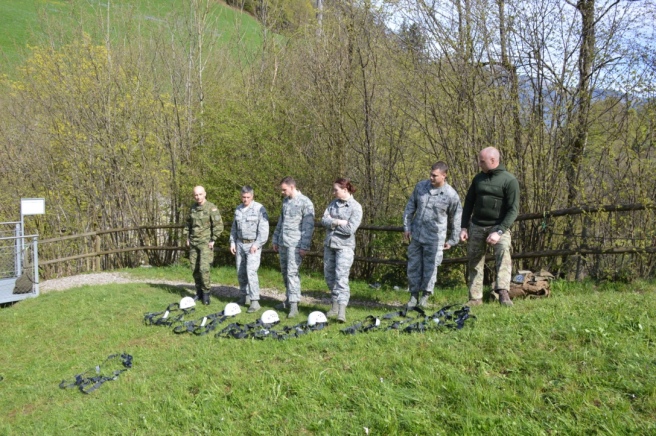 Picture: Preparing to go repelling. As a part of the course, participants repelled off a bridge, trusting the team member watching them to feed them appropriate rope lengths. These are the course leaders preparing to test it out (I am 3rd from the left, my First Sergeant to my left).

Up until this point in my career I hadn’t given a second thought to my gender. Despite the many non-standard, all male environments I worked in – as well as witnessing some questionable workplace behavior – my gender has never been a reason (or so I have thought) for those under me, above me or equal to me to treat me any different from anyone else.  The rank structure and uniform – true to name – strip every other societal first impression, forcing you to always look first at someones rank (so you know how to properly address them) and everything else, second.

I always viewed Europe as the most progressive continent in the world. Yet, after 5 years living there, and especially working with other foreign militaries, I was surprised to find that this is not always the case. America is surprisingly progressive when it comes to gender and racial equality, especially within the military. The diversity within the US is reflected in its ranks, encouraged and celebrated. While no organization or country is perfect, I gained a greater appreciation for what the US military represented to the rest of the world while serving at this post. Leading in every aspect, I can only hope to be a small part of that leading force showing that all else aside – solid leadership is about the person, and nothing else. 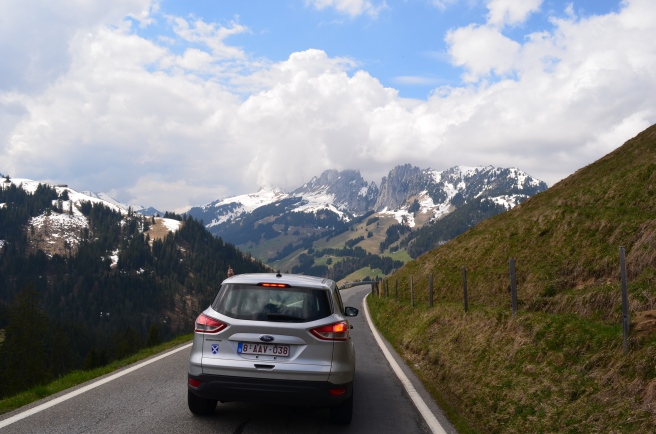