Crossing from Serbia into BiH and BiH into Montenegro, you did not feel like you were crossing countries; the border was simply something on a piece of paper – Crossing from Montenegro to Albania however…you felt it. 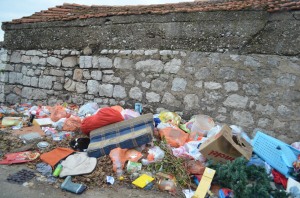 It was easy to forget you were in Eastern Europe in Montenegro. While there were some impoverished parts of town, the country uses the Euro, resorts are pristine, the roads are paved; it was gorgeous. Leaving Montenegro the road went from paved to dirt. Many a Horse drawn cart could be seen and, what I found the most fascinating, there were many tri-mopeds that had been constructed into a sort of single use truck. 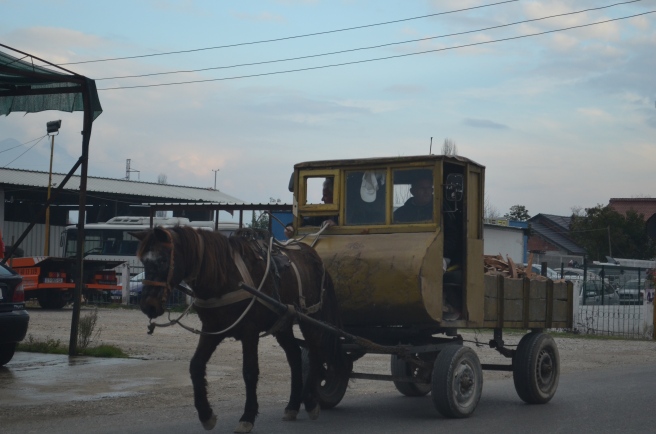 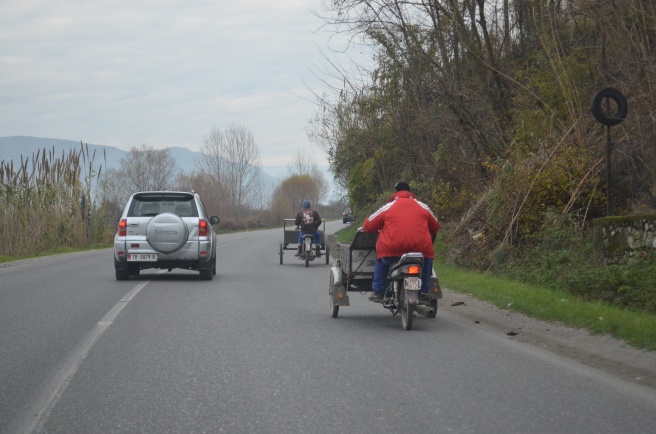 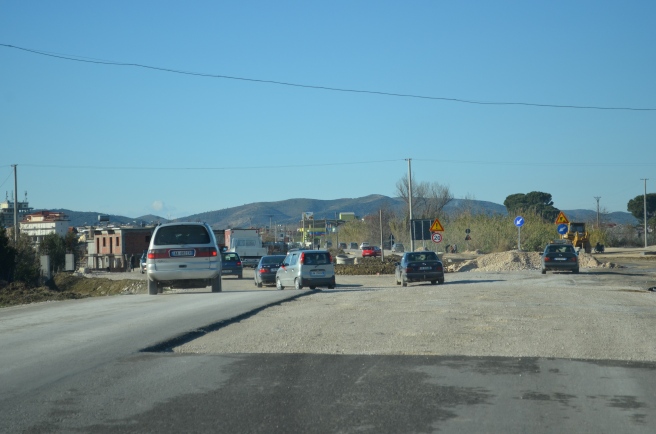 Driving was an experience in and of itself. Ciaos is King on the roads of no lanes or pedestrian crossings. Additionally, much of the major roads went quickly from paved to dirt as the country is slowly working through paving most of its main roads. As a result journey’s on the GPS that said 2 hours turned into 4 hour adventures in road safety. 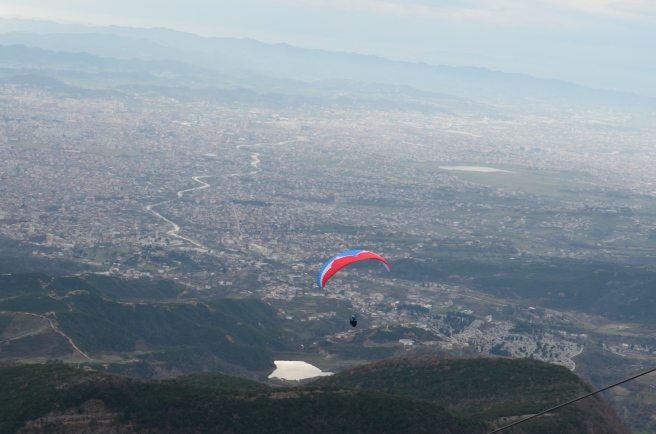 We spent a night in Tirana and took a day hike to the top of Dajti Mountain. This is worth checking out, even if just for the cable car ride, which provides picturesque views of the city below.

The city center of Tirana is recently rebuilt with a 100 meter radius of new a Opera house and a center square. Outside of this area, however, the capital is very much a developing city. Stray animals scatter the streets, trash is strewn everywhere and the locals hang about in shops. The good thing, however, about developing countries is the opportunity to be one of the few tourists around. Opportunities remain to hike in more remote villages and meet indigenous populations that are not yet tarnished by the outside world. 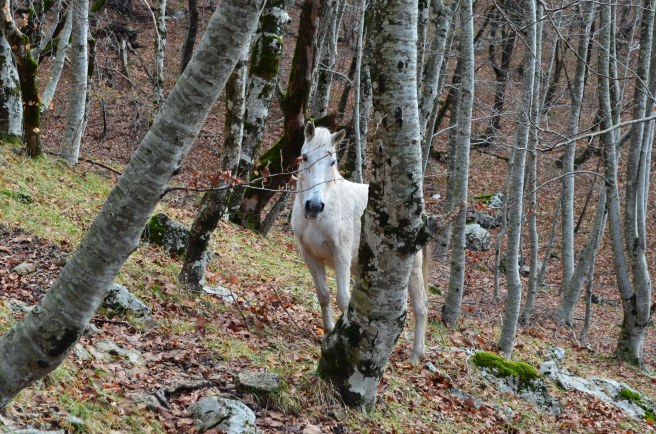 Interesting Fact: Farmers let their horses run wild in the winter to save money on feeding them. The catch? Catching them in the summer when they are needed for harvest. Always an adventure!

Outdoor adventure and ancient ruins are the way to go in this country. Tirana can easily be skipped in favor of the much more picturesque town of Berat.

Named the “city of a thousand windows” Berat is a relatively small town. With no shortage of picturesque views from the Citadel, the town can easily be covered in a day of sightseeing. Pictured above is a view of the most prominent street in the city overlooking the 50 or so houses that make the town famous. Do you notice anything odd in the picture above? I did. There were absolutely no women on this street or in most of the town. Still heavily Muslim and largely conservative, it seems coffee shops and public gatherings are still a mans business.

Overall, Albania is worth a visit for its still gritty reality. It is evident the country is still recovering from its brash exit from communism and attempting to find its foothold in the world. As our guide said “you can do anything in Albania and be the first to do it.” He cited a book of all the flora and fauna in the country. Apparently the feat of trying to name all the plants and animals in the country has only been attempted once in the 50s, printed in only 4 copies and is in need of updating.

Tourism is another one of those still new categories. We booked through outdoor Albania (outdooralbania.com) and would highly recommend their tours and trips throughout the country. Day trips can be also be made from the island of Corfu to the Southern town of Butrint, where ancient Roman ruins remain in great condition with little red tape. 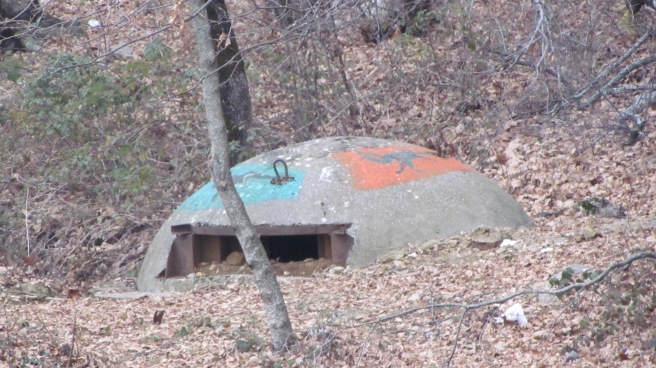 Bunkers: Thousands of Bunkers still scatter the country of Albania. Left as a bitter reminder of communism, they were originally created by the state for fear of invasion from neighboring countries. Having no allies in the region, Albania’s communist leadership prepared for a fight creating these expensive (but effective) bunkers throughout the country. New innovative entrepreneurs have found a way to make a buck though by destroying them and harvesting the massive amounts of iron that lay underneath the concrete shell. As our friend  said, anything is possible in Albania.