Winter Solstice, the shorest day of the year – a day with great importance for the pagan people who created Stonehenge nearly 4,000 years ago. Stll wrought with spiritual signficance today, it is 1 of 4 days out of the year the site is open to the public. 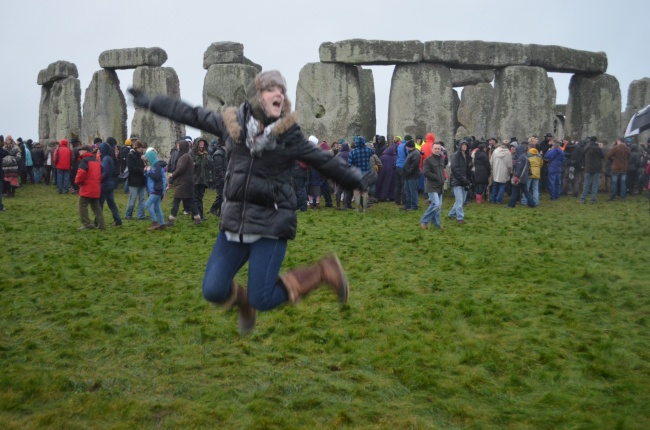 Going to visit the site itself is a once in a lifetime opportunity, but to see it as it was originally intended, on one of the holist days in the pagan calander – now that is something truly unique. What makes it unique are the pagan people (commonly and appropriately referred to as ‘hippies’) who still visit the site during the equinox and soltices.

As we approached the holy site, I heard chanting as I walked up the hill. Interesting, I thought, people must be protesting. As we approached the entrance, however, it was not protesting that was being chanted as we entered the site, it was a pagan prayer of sorts. Gathered in old-fashioned harry-potter-like cloaks were a group of about 10 people lined on either side of the walkway yelling: “Bring back the ancestors, respect the bones” (or something to that affect).

Repeating this chant over and over again, I realized as we got closer to the center there were more people playing music, chanting and dress up in all sorts of random costumes (my favorite was a lady in a unicorn outfit). It seemed that my partner and I were the only semi-normal people in the crowd as the site was taken over by high-hippies prancing about the site, touching the stones and yelling chants in a methodical, trance like rhythm. 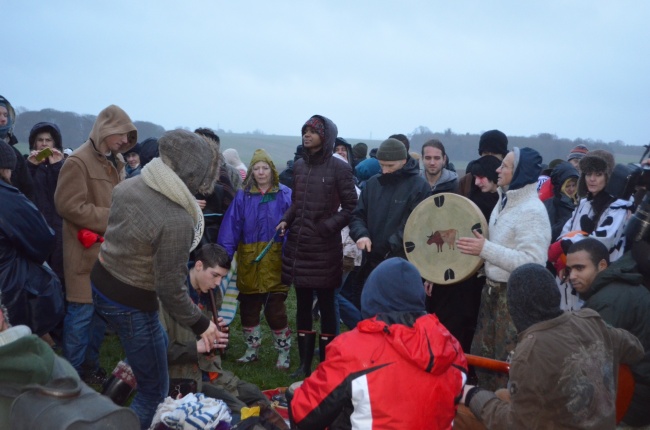 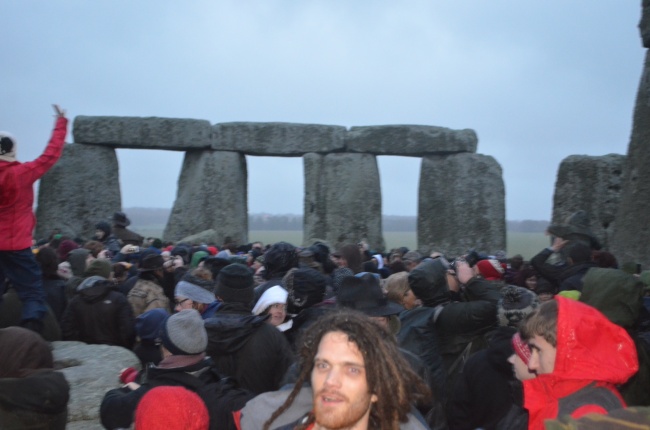 I am not going to lie – I loved it. I love hippies. They are my kindred spirits prancing around, wearing their hair in dreds and generally not caring about the materialistic tendencies of the real world. Many were crying touching the stones and praying with them.

Touching the stones themselves is meant to have healing properties and was what drew travelers to the site thousands of years ago. There are stories of watches stopping in the center of the complex and crop circles often randomly pop up around the farms around the site (although my boyfriend diappointingly pointed out there was a recent news story on the farmers who created these sites…).

Whatever your belief system, there is something magical about traveling to a site that has gathered pilgrams since the beginning of time and continues to do so well into the 21st century.

If you are interested in visiting or learning more history about the site or taking a tour yourself, UKs English Heritage site as all the info you need on it:

3 thoughts on “Winter Solstice at Stonehenge”