Crossing two border patrols, 5 tolls and countless small villages, we made our way to Sarajevo from northern Serbia. 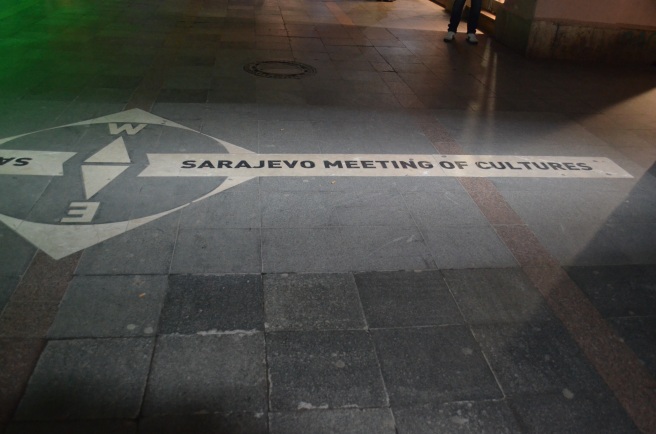 In many ways Sarajevo represents everything interesting about BiH. It has an odd mix of super modern shopping malls next to a bullet holed, spray painted buildings. The air smells of burning wood, smoking takes place anywhere (while cooking, eating or drinking) and mosques sit beside orthodox chuches. 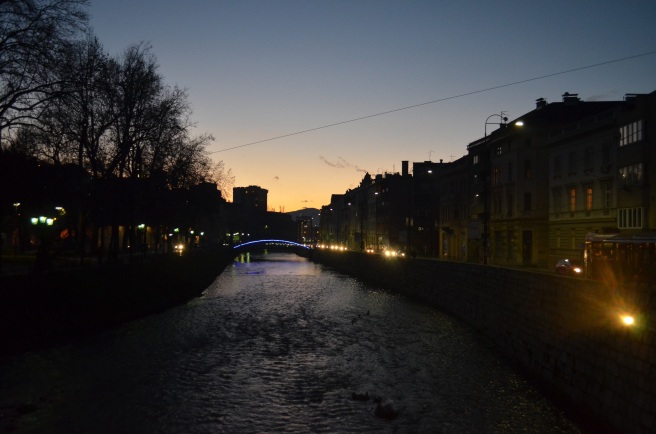 While the country has had a long list of ruling empires, the Ottoman Empire has left the most prominent cultural impact in the region of Sarajevo. Turkish coffee shops dot the town, and mosques blare the call to prayer 3 times a day (although not all in sync I might add). It is for this reason, this mix of so many cultures and backgrounds, that Sarajevo is a fascinating place to be.

We stayed in the middle of Sarajevo’s Baščaršija (http://hoteloldtown.ba); an ancient market established in the 15th century, it is an all pedestrian area that is filled with locals and tourists alike. Walking through the rows of shops its easy to forget the troubles that plagued the region in the 90s – there is little evidence it ever happened. Peaking a little past the tourist-veiled-smiles, however, the poverty of the country is still evident. 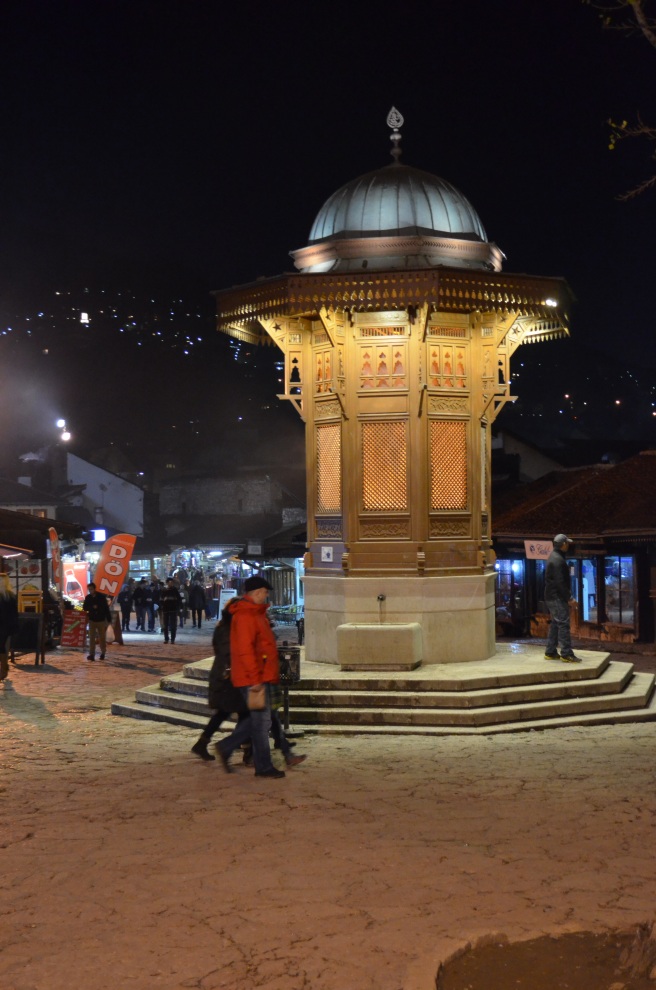 Picture: Formerly a public drinking fountain, this reconstructed design marks the beginning of the maze of shops in Baščaršija 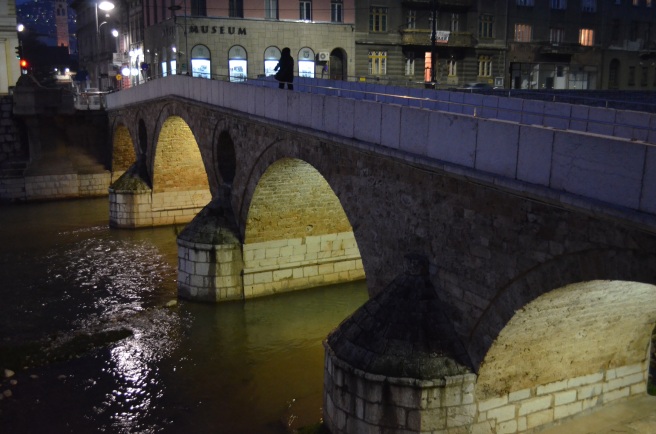 Picture: Barely marked, the Latin Bridge pictured above marked the start of WWI with the assassination of Archeduke Franz Ferdinand

One worthwhile must-see is a trip to the tunnel museum (http://www.sarajevoinsider.com/tours/tunel-more.html). Driven by a local tour guide, we took the main street which was once known as “sniper alley” (Ulica Zmaja od Bosne). Sniper Alley – a road that is back to normal traffic nowadays – is the main road connecting central Sarajevo to the Airport (primary outpost for UN peacekeepers during the war). As such it was the most central way to get out of the siege that encompassed the capital for 4 years – the longest of sieges in modern warfare. 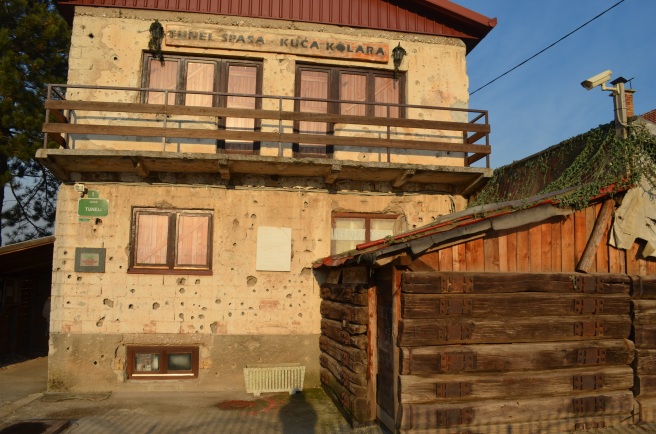 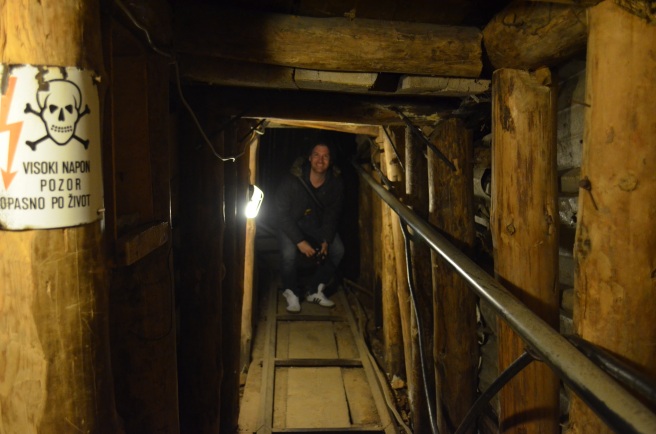 With conventional means of exiting the city impossible, Bosnian Army engineers designed and dug a 340m tunnel under the international airport to their alley territory on the other side. A primary survival method during the war the tunnel brought food, supplies and weaponary. 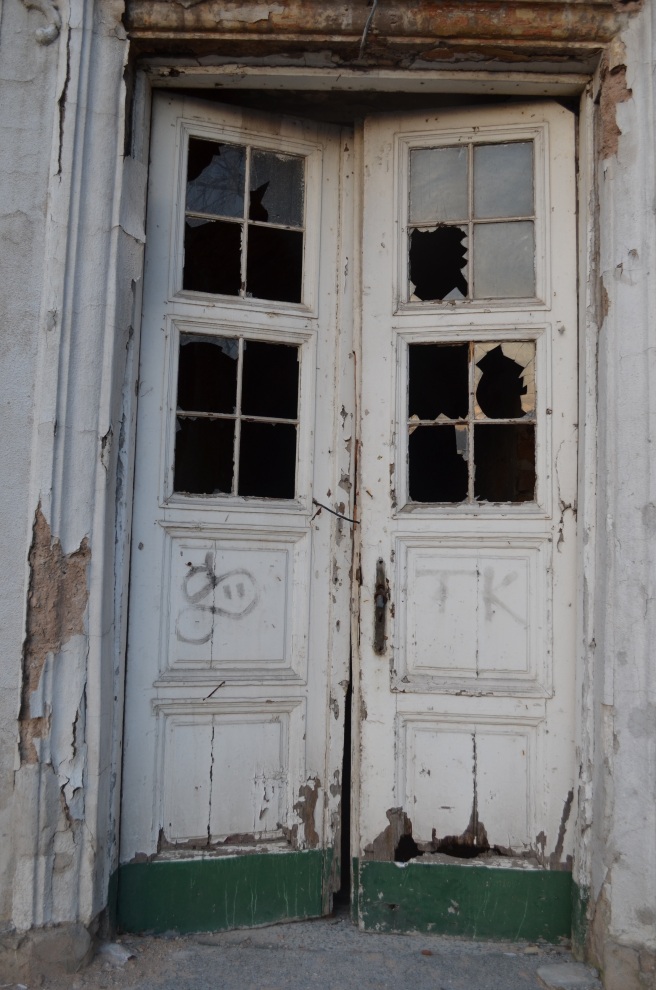 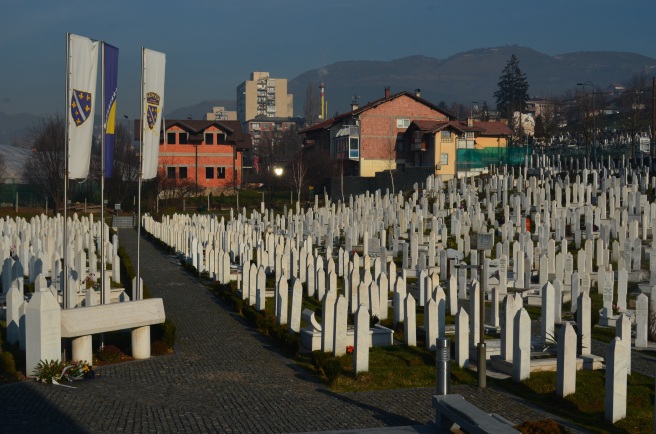 Although talking with our local guide, it seems the Dayton accords have done little to assist the country in moving past its history. Set-up as a temporary fix, 3 presidents from each side of the war (Croats, Bosniacs, & Serbs) rotate annually as a means of compromise. Instead of compromising however, each president simply undo’s what the other has accomplished leaving a frustrated political system that digs deeper divides.

What is more troubling though is the education system. Children pile into segregated schools along religious/ethnic lines with different history books. Even if a child may attend the same school as another Serb/Croat/Bosniac, the school has a different name depending on your background. 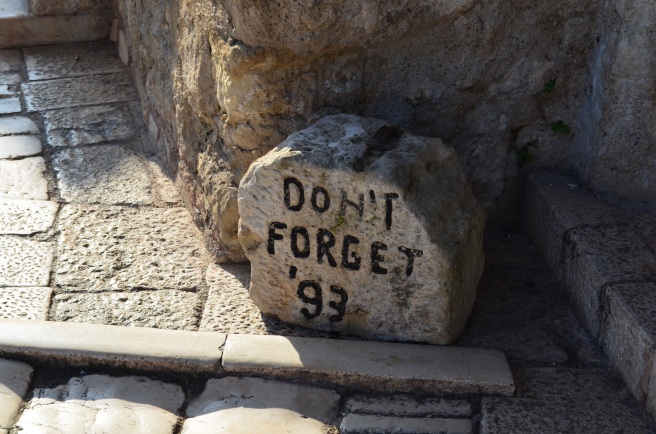 Walking through the city, ‘street art’ (aka graffiti) depicted many of the above messages – never forget.

Learn, yes. Forget? Sometimes a society needs a little forgetfullness. It is no contest that each side had its own set of atrocities committed, although many could belabour this point. More difficult than holding onto the pain of the past is something so simple, yet so difficult in war: Forgive.

One thought on “Entering Bosnia (BiH)”