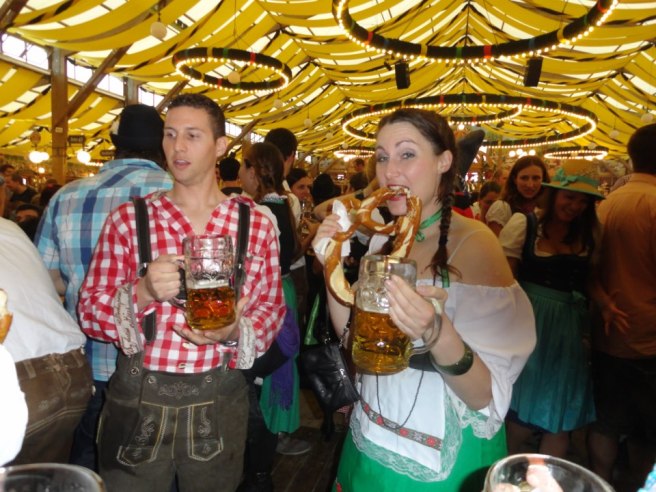 On any Euro trip bucket list is a trip to the famed Oktoberfest. Seasoned veterans of Germany’s fests know that Munich is just one of the many city’s in Germany who throw this annual fest. You can stop into nearly any major town and join the ranks of beer tables, wenches and schnitzel – but none of course are as crazy and famed as Munich.

If you have started to look into going you’ll quickly realize that to actually have a seat at the table and a place to stay, much of your planning needs to have been done at least a year out. Fear not! I have been to Munich’s Oktoberfest twice, with no prior planning and was able to easily get into a tent with having a ticket ahead of time. Here are the tips you need to follow to ensure you do.

GETTING INTO A TENT WITH NO TICKET

To guarantee a seat you do have to have a ticket, which get snapped up early BUT there are open seats which often have some of the better locations — you just have to show up early enough to grab them.

I have been to Oktoberfest twice and both times we were easily able to get into a tent with no ticket. In fact, we ditched the tickets we did have for the better seats we were able to get.

FINDING A PLACE TO STAY

This can also be problematic when hordes of tourists come in over this festive time period. Choosing a non-weekend will help with this one, also try Airbnb or couchsurfing. Expect prices to be higher than normal, but don’t feel the need to stay near the Oktoberfest site. With the great public transportation in Munich, opt for a farther out hotel than is walking distance to the bahnhof and you are golden. 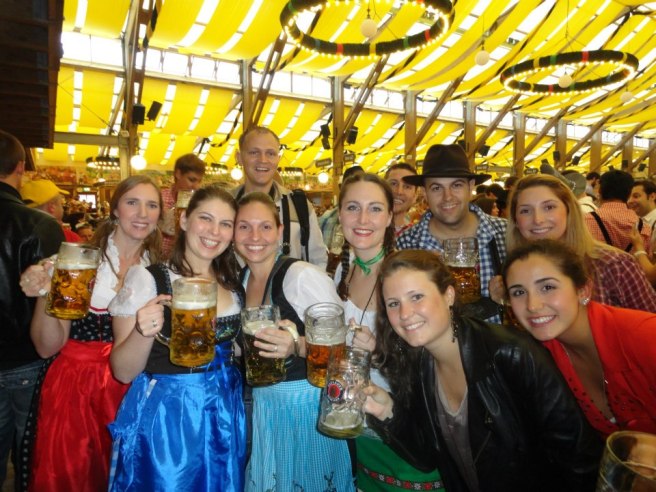 Do drop money on a dirndl and/or lederhosen. Even if Germany is just day 1 of 20 days backpacking Europe, you will find a future use for them, even if its Halloween the next year. I regret not just dropping money to buy them at my first fest; literally everyone is in traditional gear, get one too to fit in as part of the crowd.

A genuine leather, highly quality dirndl and/or lederhosen will run you close to $300, but there are cheaper options you can pick-up in town for closer to $100. Grabbing one in Munich is the easiest option as everyone will selling them. I personally, rented a costume from a party store for $20…not the best costume in the crowd but it was the cheapest option.

Oktoberfest (like any drink fest) is what you make it. You can sing late into the evening, dancing on tables, with a massive hangover the next day, or you can keep it to 1-2 steins and still remember that German you talked to the night before.  The people you go with and meet will make or break the party no matter the tent. 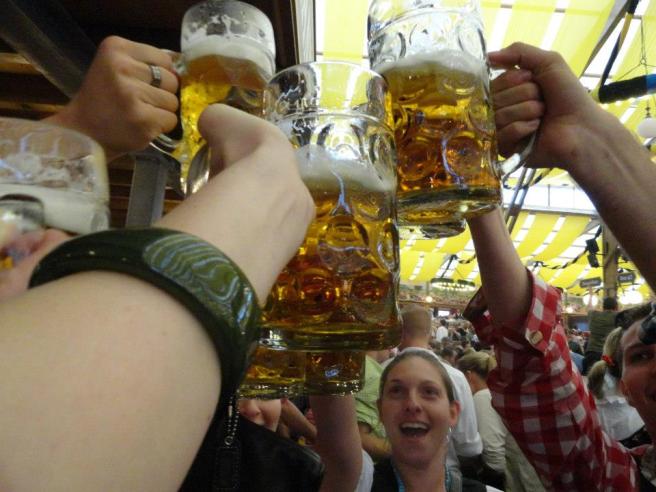 One thought on “Oktoberfest – no Ticket needed”