I have been to Thailand twice, once in 2008 just as I was about to graduate from college, and almost exactly to the date 10 years later in 2018. You would think the country – or I  for that matter – would have changed at least somewhat drastically between those two periods, yet not much has. I feel the same as my 21 year old self seeing Southeast Asia for the first time. Yet in between, life has happened; 35+ countries and a husband later – I returned to the same spots with my life partner, and new friends re-experiencing this wondrous country.

It’s hard to write a post on Thailand that adds anything new to the body of travel writing dedicated to this beautiful country. Case in point: see here for Bangkok, here for Chang Mai and here for island hopping from Phuket – these three things are pretty much what anyone would recommend you do on your first trip to Thailand. This post will not cover these subjects; instead it is about traveling at large, with Thailand somehow sitting squarely at the intersection of then and now. 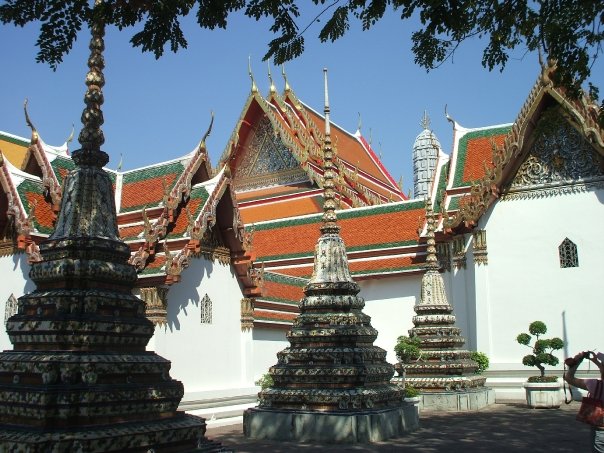 I always tell people that I never knew (and still don’t really know) what I want to be when I grow up, but if there was one thing I do know — I want to travel. So I fed my wanderlust as early as possible. At 17 when other High School seniors were plotting their booze cruises to Cancun, I was working two jobs to go to Italy with my world history class. In college, rather than using my scholarship, grants and savings bonds for food and rent, I took three study abroad programs to Spain, Argentina, and Lao PDR. I threw myself into as much culture shock as humanly possible – and still try to, though the bar continues to get set higher and higher.

While each of these incredible experiences were a life education in their own right, Lao PDR open my eyes wide open. People often ask me what my favorite country is and I always answer with all of them. Every country has something different to offer you and much of your personal experience is shaped by the people you are traveling with (or not traveling with) – it is impossible to have a favorite. BUT I do have a favorite region of the world and that is Southeast Asia. It has everything you want when traveling – it is so incredibly different, safe, cheap, and rich in culture.

Lao PDR (or Laos) was a month of experiences you only get as a student trekking up the mountain side, meeting with local governments and knowing that your life was forever changed. Naturally when on this side of the world – it only makes sense to tack on the likes of Siem Reap (Cambodia) and Bangkok, Thailand.

What was Christina’s focus in Bangkok after just spending a month culturally immersing herself? Go out in Bangkok of course.

We stayed in a hostel (classic), went to moon bar and toured the local palaces.

Charlies bar was a pop-up bar in the middle of an alley-way my #1 goal upon returning to Bangkok in 2018 was to find this backpacker hideout, but was unlucky. Moon bar, however, is still one of the top rooftop bars in the world.

What changed on the 2018 revisit? Not much! I traded 2 girls I randomly met on a study abroad trip for a burly Scotsman. We met up with another British couple, stayed on Khoa San road, ate scorpions and other amazing food. 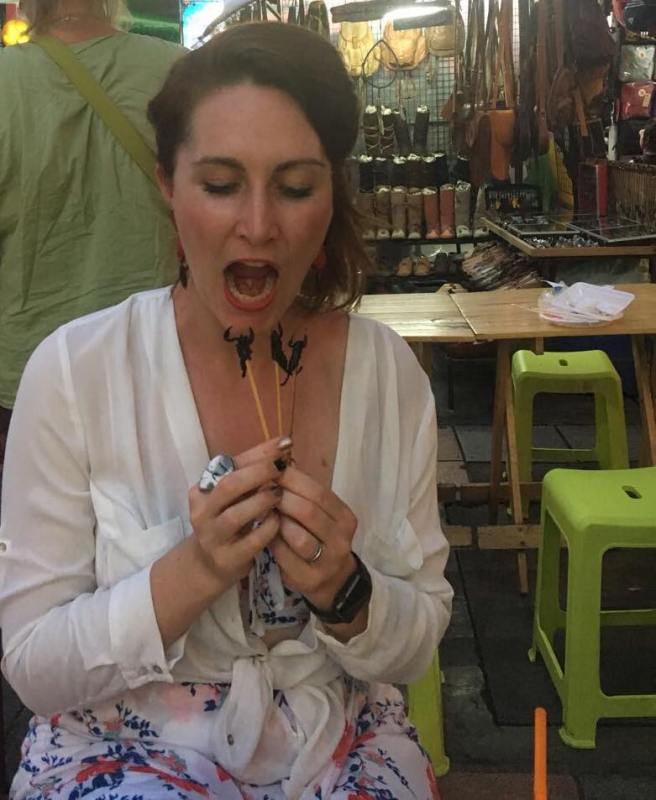 What has been fun is returning to the same countries or spots that I have been before only to discover that my first trip didn’t even begin to cover it. I make it a point to never go somewhere twice unless absolutely forced, but I might be reconsidering this stance in future years.

On the second round we did tack on an elephant sanctuary (another must) though the experience was more touristy than both my husband and I would have liked. Chiang Mai is a hipsters paradise, so we of course loved it. There are plenty of articles on which Elephant Sanctuary to support – though make sure to book early.

Thailand represents a crossroad between current travel with my life long love and the traveling I did in my early 20s either solo or with girlfriends. As a younger traveler I thought my wanderlust would be satiated with a few years of living abroad. Now into 10+ years of traveling and living abroad, I now know that wanderlust never goes away. It can never be satiated; it is a lifestyle, it is part of who you are.

Surprised that nothing much has changed in 10 years? Me too. Lets give it another 10.