Gretna green is the the classier, Scottish version of Vegas. Made famous during the late 1700’s, it became the place for runaway couples to get married as young as 14 without parents consent. When England passed the “Lord Hardwicke’s marriage act” in 1754 it restricted young couples from marriage in England and Wales, however, it did not apply to Scotland. As the first official town on the border of Scotland, Gretna Green soon grew a reputation for scandalous weddings and romantic love affairs. 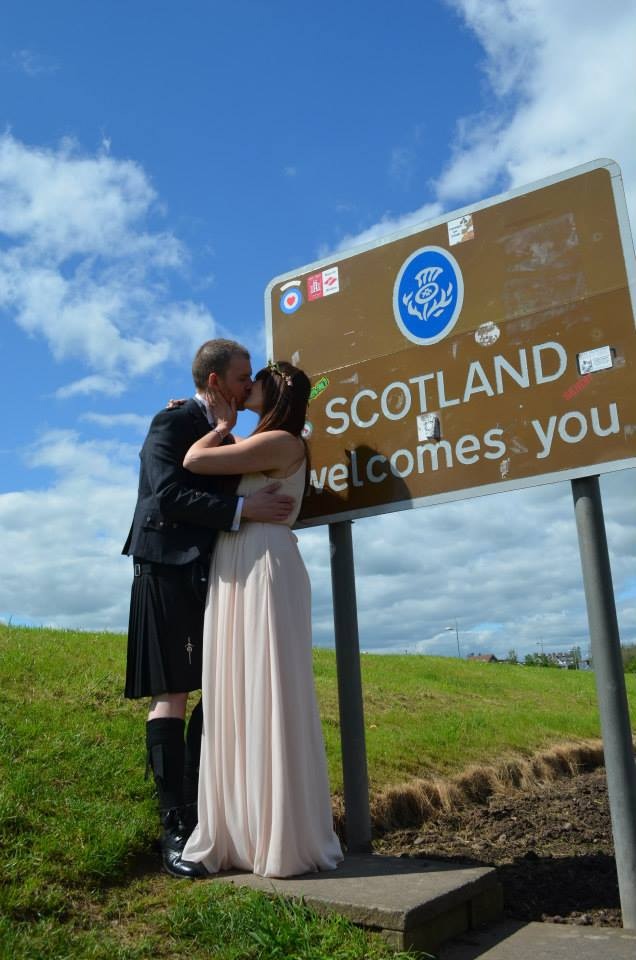 Adding to Scotland’s appeal, couples also did not require a priest to officially be married. Falling under an ‘irregular marriage’ they only needed 2 witnesses to call the union good. And what better witness than a blacksmith? Soon the local blacksmiths shop became a lovers church and the blacksmith, the priest. Richard Rennison, the last ‘anvil priest’, officiated 5147 weddings before the process finally became illegal in 1939.

Today Gretna is one of the most popular wedding destinations in the world hosting nearly 5000 weddings annually – and we proudly were 4999 in May 2014 (but with my parents consent of course )!

One thought on “Eloping in Gretna Green”