In Italy its a coin toss into a fountain. In America its a penny down a wishing well. In South Korea – it is a rock.

Within the confines of the array of temples scattered around the country, you will find a series of stacked rocks all containing the hopes and dreams of the people of South Korea. 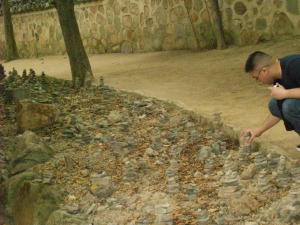 Stacked one atop the other, this cultural trait is just one of the folk similarities found while gallivanting around Gyeongju, a historical city home to the Silla empire.

While a common trait of South Korea (just like any wishing well in the states), this particular city holds history and a great deal of meaning to the people of the ROK.